CURRENT SITUATION OF UNEMPLOYMENT IN INDIA 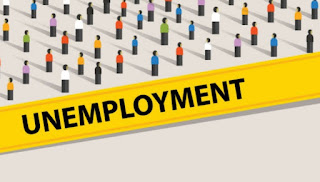 in current situation unemployment in youth is the biggest problem of Indian economy although GDP growth showing significant result from past few years and its stood around 7% growth rate which is quite good as compare to  other developing countries ,yet employment generation is not up to the requirement of Indian people.there is some researches by different organization tells about current situation of unemployment in India are given below please take a look at it too.

Unemployment rate in India hit 6.1% in 2017-18, highest the country has seen in 45 years, according to an undisclosed jobs survey accessed by Indian daily business standard earlier but government was in denial mode at that time but now NSSO release the unemployment data. 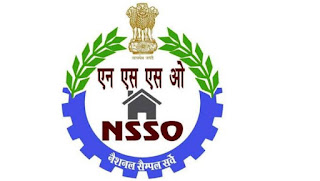 The National Sample Survey Office’s (NSSO) job survey for 2017-18 had shown a spike in the unemployment rate to over 6 per cent, a 45-year high, but the report was not released by the government, which termed it as a draft report.
2. Unemployment Rate in India is expected to be 7.20 percent by the end of this quarter, according to Trading Economics global macro models and analysts expectations. In the long-term, the India Unemployment Rate is projected to trend around 7.50 percent in 2020, according to our econometric models.

3.data is provided by CMIE(Centre for Monitoring Indian Economy) is given below clearly shows poor employment condition of India.

Above researches and data clearly shows that problem of unemployment in India is the biggest hurdle of Indian economy to cop up in current and future scenario.

some causes of unemployment in India.

1.from last few years GDP growth largely depends on sectors like finance,real state,information technology etc which is not very job productive and sector like manufacturing is not growing as they should be labour force in India not increasing by much.

2. still large population depends upon primary sector like agriculture for their livelihood  and in agriculture mostly Indian farmers has large families and small lands for farming that”s why disguised unemployment(hidden unemployment) found in this sector.

3.increase in graduation enrollment from last few years number of graduate and post graduate enrollment are increased significantly its around 16% increase that means more educated people are  seeking for jobs.

and these people want more secure and respected jobs.I am giving some examples for better explanation = when tamilnadu government asked application for  9500  stenographer,the application received for this post is 19 lakh and in these application include 900 phd and2300 mphil degree holders.

when Indian railway advertise 90000 vacancy for group  C and group D post 3 crore application received.now u can analyse scale of unemployed in India.

4. education system of India is not very job and skill development orientated.

5. Decreased in construction work after agriculture most number of work is produced by construction sector in India but from last few years it’s continuously reducing employment.

6.Caste System:  In India caste system is prevalent. The work is prohibited for specific castes in some areas.

In many cases, the work is not given to the deserving candidates but given to the person belonging to a particular community. So this gives rise to unemployment.

that means less job created in this QUARTER.

1. Danger of increase in crime rate 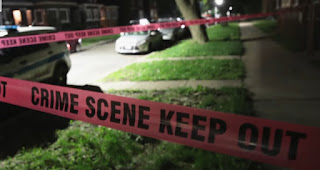 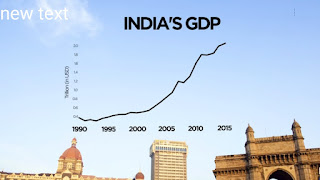 1. There are 24 lakh central and state government jobs are vacant,so these jobs should filled immediately.

2. Labour technique for production should be used in India means in India lots of work should be done by man power not by machine etc it’s look stupid thought but in country like India this technique quite helpful to give employment to unskilled and skilled labor.

3.education system should be changed and it should be more employment oriented.

4.new Fields for employment should be created.

5 Agriculture needs one more revolution so that farming can become profitable business.

6.encourage small and medium scale business,mudra loan scheme is good effort in this regard.

7.Scheme like MANREGA should be implemented in urban India too.

8. lecturers at university level should not appoint as adhok/contract basis but in India mostly university doing opposite of that.

But all above cited solution may take time it will not give overnight result so for immediate help for unemployed people ,we can implement
UBI (universal basic income) scheme for more about UBI read this

How can we create jobs and can control the deficit demand in this covid-19 crisis?

INDIA IS NO MORE DEVELOPING COUNTRY

Read All Posts By DARSHIL KASHYAP